Videos For A Lazy Sunday: Boldy James’ ‘One Of One’

He has an album with The Alchemist due out this summer on Decon.

Leave a comment   |  tags: 'One Of One', Boldy James, Decon Records, The Alchemist | posted in Music

Videos For A Lazy Sunday: Misty Miller’s ‘Anything For You’

The vid for Misty Miller‘s ‘Anything For You’ had its premiere on NME last week.

It’s from her Next To You EP, out on May 19 on Relentless Records.

Leave a comment   |  tags: 'Anything For You', Misty Miller, Next To You, Relentless Records | posted in Music

Videos For A Lazy Sunday: Andrew Wyatt’s ‘And Septimus …’ Teaser

Andrew Wyatt of Miike Snow released this teaser video for ‘And Septimus …’, the single from his solo album Descender. The full vid is out on May 7.

It features him wandering around in his underwear. Admit it, you’re intrigued!

Cork, Ireland duo Young Wonder have unveiled the video for their collaboration with Darragh Nolan from Sacred Animals.

Feel Good Lost shot and directed the clip. The sprawling landscapes and is perfectly suited to the duo’s sound.

Videos For A Lazy Sunday: Thomas D’arcy’s ‘I Wake Up Every Day’

Toronto singer Thomas D’arcy (The Carnations, Small Sins) has unveiled this John Poliquin-diredted video for the title track from his new EP.

He’s also offering a free stream of the EP via his Soundcloud. Check it out below; 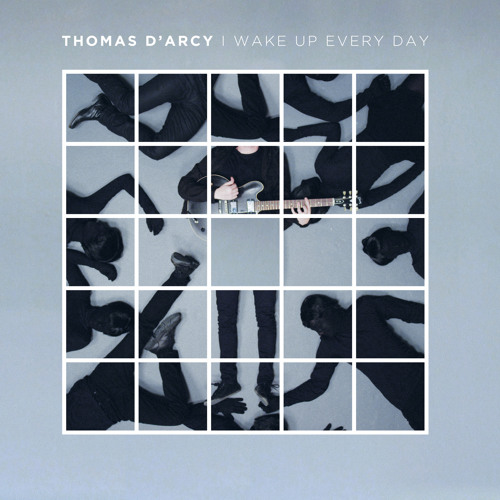 UK production duo Bondax released this video for the title track from their Gold EP.

The pair, who are only in their teens, combine club music and indie music into a cohesive whole, bringing pop music structures to their dance floor-friendly tracks. They’re expected to release their debut LP in the fall of 2013, date TBA.

“We’re really conscious of not wanting to repeat ourselves,” Bondax’s Adam Kaye said in a statement, “and we want to do new things. We’re only just writing our album now, but we’re going to have songs, but songs treated differently so the structures aren’t what you expect. It’s got to keep the interest and not just be trying to do what’s current.”

Tracklisting and cover art for Gold is below;

Videos For A Lazy Sunday: The BB Guns’ ‘Pennie Lane’

Toronto surf-punk outfit The BB Guns have announced that they will release their debut EP Baby I Hate You on May via Marineville Records on May 7.

The vid captures the band’s skillful blend of late 70’s punk with the anticipation of summertime creating an energetic, hook-filled sound. They’re also offering a free stream of the track, see below;

Port St. Willow, the solo project of Portland-based singer Nicholas Principe, has released this video for the track from their new album Holiday, out now on Downtown Records/Maple Music Recordings.

Principe started the project after a series of cross-country moves that saw him eventually settling in Portland where he recorded his first EP Even//Wasteland in the fall of 2010.

Holiday was recorded over the course of a year and explores the themes of family and self as well as new and old homes.

“It felt somewhat as though it were a process of building different rooms in the same house which I could go spend time in and keep myself sane,” Principe said in a statement. “Where Holiday plays as an awakening, “Soft Light Rush” is an acknowledgment of change, transition and the wading through these things together.”

Album cover artwork and tracklisting is below;

Put The Armor On The Mantle

Videos For A Lazy Sunday: lakutis’ ‘Too Ill For The Law’ (Now With Video Embedded!)

After first showing his talents on Das Racist‘s Sit Down, Man, lakutis has since gone on to hone his skill as an MC as this video shows.

Videos For A Lazy Sunday: Watch The Duck’s ‘Poppin’ Off’

The video for Watch The Duck‘s ‘Poppin Off’ has already garnered over 1 million hits on YouTube based on word of mouth alone.

The clip serves as an introduction to the Alabama-via-Atlanta hip-hop crew that consists of Eddie Smith III, Jesse Rankins and Jonathan Wells and a recent fourth member THE DUCK. It also features appearances from Dragon House Crew.

“They make music visible, they make you see what we’re playing. We’re all about making it visible, which is why we’re not just on stage DJing to tracks. We’re literally reworking and replaying everything live,” Smith said.

‘Poppin’ Off’ is seemingly everywhere. It won mtvU’s Freshman competition and it’s received regular rotation. It’s also a hit in the UK with Radio 1’s Phil & Alice naming it Track of the Week and being featured as Zane Lowe‘s Next Hype Track.

The single is out on June 23 on Relentless Records. The band also revealed the dates of their tour of the UK in June;