The video for Samo Sound Boy‘s ‘Baby Don’t Stop’ is the first in a trilogy directed by Daniel Pappas.

The track is taken from his forthcoming album Begging Please, out on April 28 on Body High. The album follows a relationship as it breaks down and falls apart. Samo has cited Marvin Gaye’s Here My Dear as a key influence. The album uses lush synths, soulful samples and jagged percussion.

“The idea that dance music could be considered one noted or lacking in depth has never made sense to me. I think the very simple way it builds up and down is so fundamentally reflective of living in the world,” Samo said in a statement. “What’s dark and brooding can give way to the most ecstatic moments, all because one small thing is added or subtracted. Begging Please is a story about the last couple years of my life, told best way I know how.”

Videos for a Lazy Saturday: Coliseum’s ‘We Are The Water’

Mid-west USA post-punk band Coliseum have shared the video for ‘We Are The Water’ from their forthcoming Anxiety’s Kiss, out on May 5 via Deathwish Inc.

It’s the band’s most experimental effort to date, fusing post-punk, underground rock, post-goth, ambiance and punk. They achieved this sound thanks to the production of J. Robbins.

Coliseum is founded around the vision of frontman Ryan Patterson. On the new album, bassist Kayhan Vaziri and drummer Carter Wilson are now sharing songwriting duties with Patterson. 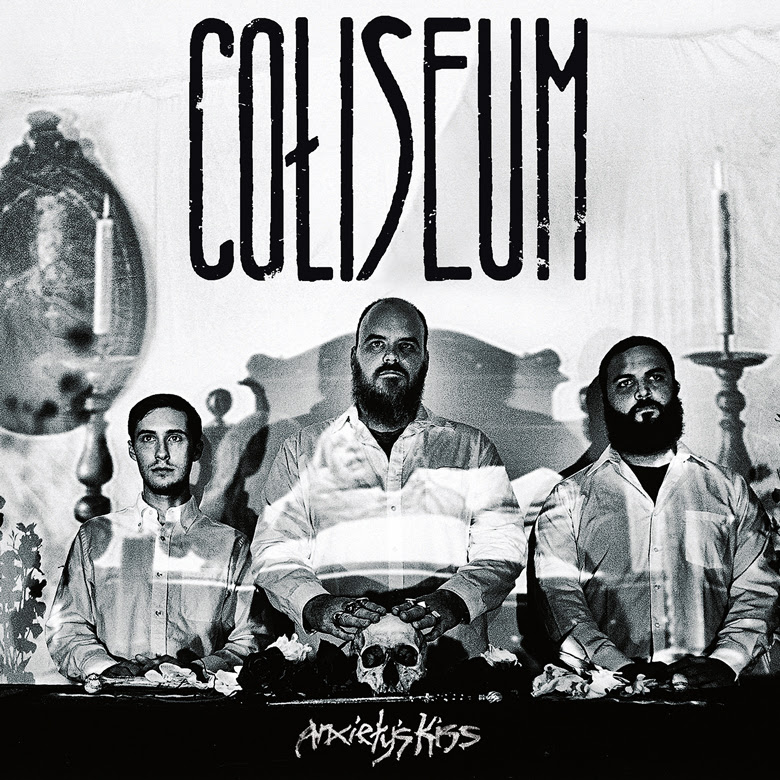 8. Sunlight In a Snowstorm

LA quartet North American have shared the video for ‘Elysian’ from their forthcoming debut album Modern Phenomena, out on May 19 on Heist or Hit Records.

The band recorded the album at Red Rockets Glare studio in Santa Monica with Raymond Richards helming the boards and Mark Chalecki mastering the 10 song effort. The band aimed to capture the energy that flows through Los Angeles on the album.

Guitarist and singer Nate Paul and keyboard player Shane Alch met in high school and bonded over their love of music. After moving to LA, they hooked up with bassist Augusto Vega and drummer Bruno Calenda. They set up a studio in Chinatown and spent every day rehearsing and writing music. Each of the four members contributes equally.

North American began performing regularly and developed a strong local following. Their debut EP Happiness Hungover caught the ear of Heist or Hit Records in the UK and their single ‘Wander’ earned them airplay on BBC6 Music and Amazing Radio.

The band is heading out on the road this spring with dates planned for SxSW as well as hometown gigs and a tour of North America and Europe. Concert schedule TBA.

Videos for a Lazy Saturday: Cheerleader’s ‘The Sunshine of Your Youth’

Philadelphia’s Cheerleader has shared the video for the title track from their forthcoming debut album The Sunshine of Your Youth, out on May 19 on Bright Antenna Records/Fontana North.

The title of the album is ironic according to the band; “We actually wrote these songs at a time in our lives when we were dealing with some heavy personal stuff. It’s there if you really want to listen for it, but for us, the title is more about a state of mind than a particular time in your life… how no matter what’s going on, life can be full of wonder and beauty, as long as you’re open to these things,” Joe Heller explained in a statement.

Cheerleader recorded the album at East/West Studio in LA. It was produced by Mark Needham, who has been a fan of the band since their earliest days. Many of their early demos found their way onto the album and it still retains the lo-fi aesthetic of their early recordings.

The band has been together since the early 2000’s when they started out in Chris Duran’s parent’s basement. Since then, they’ve survived going to college and moving to different states.

Catch Cheerleader on the following dates;

May 1 Albany, NY The Hollow

May 20 Vancouver, BC The Imperial 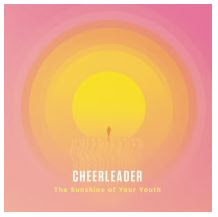 cabane, the new project from Soy Un Caballo creator Thomas Jean Henri, has unveiled the video for ‘Sangokaku’. The Jerome Guiot-directed video chronicles the reactions of Henri’s family members as they hear the track for the first time.

The track is taken from his first release, a double a-side 7″ single featuring the two tracks. The 7″ features vocals from  Will Oldham (Bonnie Prince Billy), Kate Stables (This Is The Kit) and Caroline Gabard (Boy & The Echo Choir). Sean O’Hagan of The High Llamas provides string arrangements and it was recorded at locations in the US and Europe including Brussels, London, Paris, Saint Nazaire and Louisville (Kentucky).

Irish-born, London-based artist Blooms, Louise Cunnane to her friends and family, has shared a free stream of ‘Fall’ from her forthcoming sophomore EP, title and release date TBA.

She co-wrote the track with Gil Lewis, who’s also a member of Cunnane’s backing band.

Brooklyn quintet Robot Princess named their track ‘Action Park’ after the infamous New Jersey theme park and use it as a metaphor for falling in love.

The track is taken from their cassette release Teen Vogue LP and Action Moves EP, out on March 24 on Fleeting Youth Records. Click on the embedded Soundcloud file for the free download.

The band explores time-honored themes including girl troubles, getting arrested, swamp monsters and a glimpse into the mind of a video game space fighter. Robot Princess recorded Teen Vogue at Serious Business Studios in NYC two years ago and have never fully released it to the public. Catherine Anderson, the band’s keytar player, produced the Action Moves EP and Robot Princess decided to release them together.

Terra Lightfoot has shared a free stream of ‘Never Will’ from her forthcoming album Every Time My Mind Runs Wild, out on out on April 15 via Sonic Unyon with distribution from Sony Music Canada.

The blues-heavy track provides a much needed dose of summer that tells a tale of unrequited love that’s delivered with a sense of self-confidence.

The album was produced and mixed by Gus van Go and Werner F (Monster Truck, Said The Whale, The Trews) and mixed by Noah Mintz (Death from Above 1979, The Sheepdogs, Danko Jones).

Atlanta rapper OG Maco, aka Maco Mattox, has shared a free stream of his 15 Mixtape.

It features Migos as well as production from Metro Boomin’, TM88, Jake Butcher and more. The mixtape provides the same snapshot that the video for ‘U Guessed It’ does, showing his energy, mature music sensibility and rock star mentality. It’s received over 24 million views and all with label support;

His full-length album is slated for release in August 2015, title and release date TBA. He’s working with Quality Control Music, an Atlanta-based music management enterprise that manages Migos and also fostered the early success of Young Jeezy and Gucci Mane.

After establishing herself on the Berlin electronic scene, producer/songwriter/vocalist/designer and DJ Sofia Kourtesis has set her eyes on audiences in North America. She’s already been embraced by the electronic scene in NYC.

As introduction, she’s shared a free stream/download of ‘Fresia’ from her debut EP This Is It, out on February 28 via Duchess Box Records and InGrooves Music Group. The EP features a blend of tech-house, hip-hop, dream-pop, new wave, and more that’s minimal and ambient. She uses everything from flea market finds to children’s musical instruments on the EP.

“’Killa,’ is about my grandma’s death,” Kourtesis said about one of the EP’s tracks in a statement. “I was there when she closed her eyes forever. I felt such a big energy and sense of relief, like a firework, because I knew she would be a star in Heaven.”

Check out the track;

The tracks ‘Las Magnolias’ and ‘Abue’ were both co-produced with Gold Panda. The two have collaborated before; Kourtesis provided vocals on his tracks ‘An English House’ and ‘The Most Liveable City.’

Kourtesis got her start booking university parties, bringing in much sought-after acts. This led to a gig booking acts at clubs in Hamburg, eventually leading to her becoming a DJ. From there, she started playing music festivals and appearing at fashion houses’ events around Europe.