LA DJ and producer Samo Sound Boy has shared a free stream of the title track from his debut solo album Begging Please, out now on Body High. 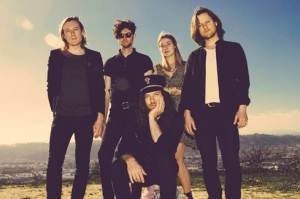 Yukon Blonde have unveiled the video for ‘Saturday Night’ from their forthcoming third album On Blonde, out on June 16 via Dine Alone Records/Nevado Records.

The Mac Boucher-directed clip is a decadent and campy bridges glam rock, disco and punk while toying with the notions of ego and sexuality. It stars drag queen Sapphire.

“I first saw Sapphire perform at a drag show nearly a year ago, and I knew I had to work with her in some way,” Boucher said in a statement. “She’s animated, glamorous, and is straight up one of the best performers I’ve ever seen. The idea of a drag queen is fascinating, because dissimilar to transgender, the drag queen’s purpose is to perform, provoke, and really, really question what you’re seeing… which is always a good thing in my opinion. Sapphire’s character, ‘Diva’, similar to Tim Curry’s in Rocky Horror, has a commanding presence that literally pulls us through the environment.”

On Blonde finds the band combining guitar-driven tracks with synth-pop songs to create an atmosphere that evokes meandering along a city street at night during the summer. They once again worked with co-producer Colin Stewart on the follow-up to their JUNO Award-nominated and Polaris Prize short-listed 2012 effort Tiger Talk.

“It’s a more dynamic and more visceral album than our previous records,” frontman Jeff Innes explained in a statement. “We were more ambitious writing On Blonde so it’s sort of ironic that in experimenting we created a more accessible record than ever before.” 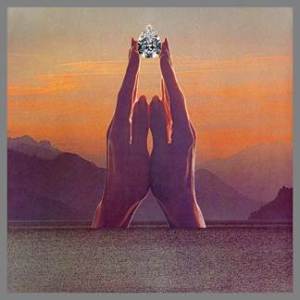 I Wanna Be Your Man

Your Broke The Law

The album will drop on CD and vinyl on May 12.

Moss comes from a family of musicians and artists. He’s a multi-instrumentalist who performed, produced and mixed the entire album in his home studio, with some help from his friends.

He also shared a video of a live performance of ‘I Can’t Swim’ at Sounds Expensive; 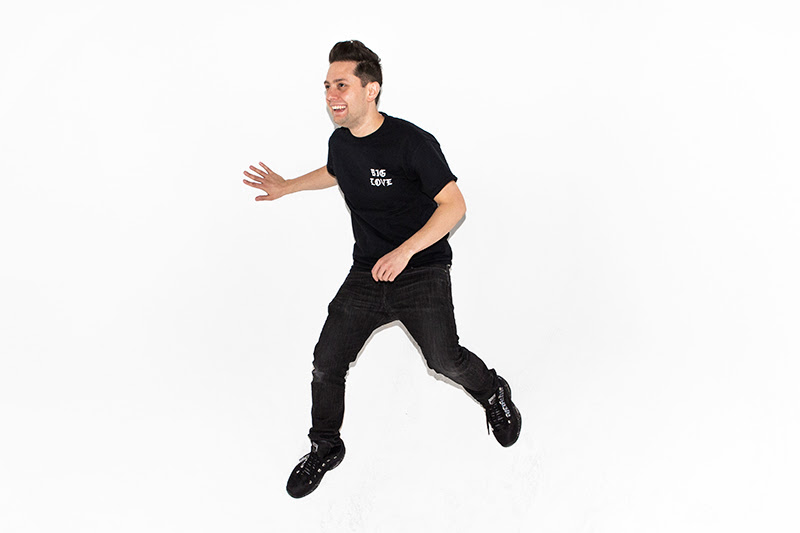 Nick Catchdubs took time out from his busy schedule co-running Fool’s Gold Records with his partner A-Trak and DJing at an assortment of clubs and festivals to record his debut album Smoke Machine, out now.

He shared a free stream of the album via Spotify.

The album provides an alternate universe take on clubs and pop culture. Smoke Machine provides a fun, different take on the “DJ album”. 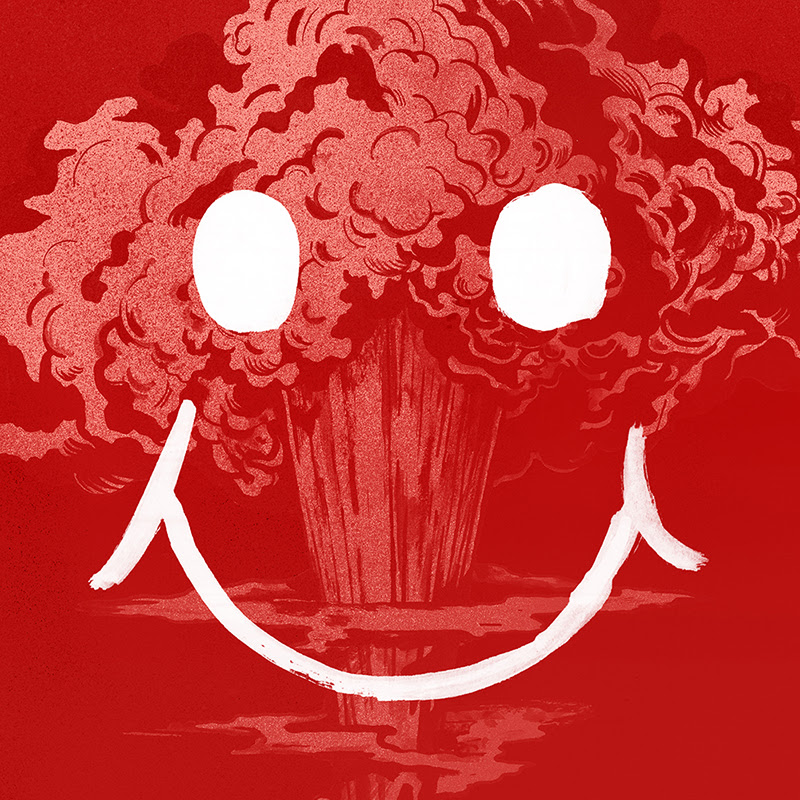 Image courtesy of The Brixton Agency

West Chester, Pennsylvania’s Spraynard have announced that they will release ‘Bench’ 7″ single on Jade Tree on May 18.

This comes ahead of the band’s forthcoming latest album; release date and title TBA.

They’ve shared a free stream of the title track from the single via The AV Club.

When Spraynard first came together in 2009, they were focussed on cultivating a scene in their hometown, developing a fanbase there. They released their first album Cut and Paste in 2010 and their second release Funtitled in 2011 on Asian Man Records.

They divided their time between Philadelphia and West Chester but the touring schedule took a toll and they went on hiatus in 2012. They returned in 2014 with the release of The Mark, Tom and Patrick compilation on Asian Man followed by a sold-out show in Philly, showing that their popularity and fan base hadn’t diminished during their time away.

Catch Spraynard on the following dates;

mAsis, a trio from Glendale who have worked with Rhye, Banks and Mr. Little Jeans had this to say about their debut EP in a statement; “Kennesaw echoes the hauntingly beautiful isolation felt on top of a mountain: serene yet expansive. Not only do we take our namesake from a mountain, but also this EP title to remind us of the landmarks of our home.”

Videos for a Lazy Sunday: All Boy/All Girl’s ‘Lion’

The video for All Boy/All Girl‘s ‘Lion’ takes a much more serene approach than the their last vid, ‘Glitter’ from their current release Trophy, out now on Grind Select.

Directed by Sara Montironi, the clip explores the theme of travelling and the inevitable changes that it brings.

“The “Lion” video is about traveling. Finding the means, in order to reach that place. The unconscious place. When it has been reached, it isn’t how you expected it to be. And at the end of the travel, unwittingly you’ve changed,” Montironi said in a statement.

The band added the song is about,”a pursuit of greatness, and how that pursuit can be alienating. The lion stands in as a metaphor for the power hungry politician or the greedy wall street banker, who finds that the view from the top is a lonely one. The director, Sara Montironi, chose to depict a different type of protagonist, whose journey is equally as isolating and self-motivated.”

All Boy/All Girl also announced the dates of their upcoming tour;

The video for ‘NEW COKE’ from LA’s HEALTH gives fans a taste of their forthcoming album DEATH MAGIC, out on August 7 on Loma Vista Recordings. 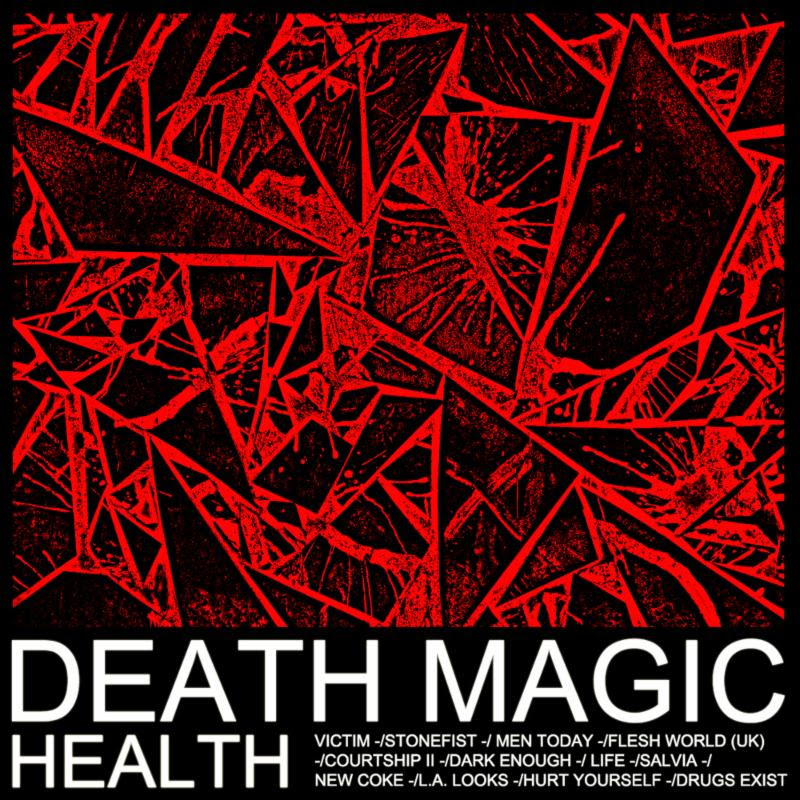 Videos for a Lazy Sunday: Them Are Us Too’s ‘Euademonia’

Them Are Us Too have shared the video for ‘Euademonia’ from their debut album Remain, out now on Dais Records.

The band has gained a cult following thanks to their dreamy goth-pop sound that makes a nod to shoegaze. Kennedy Ashlyn Wenning’s vocals have been compared to Kate Bush, Harriet Wheeler, and Elizabeth Fraser while her bandmate guitarist Cash Askew uses his instrument to paint a complex backdrop.

Catch Them Are Us Too at the The Make Out Room in San Francisco on April 26. 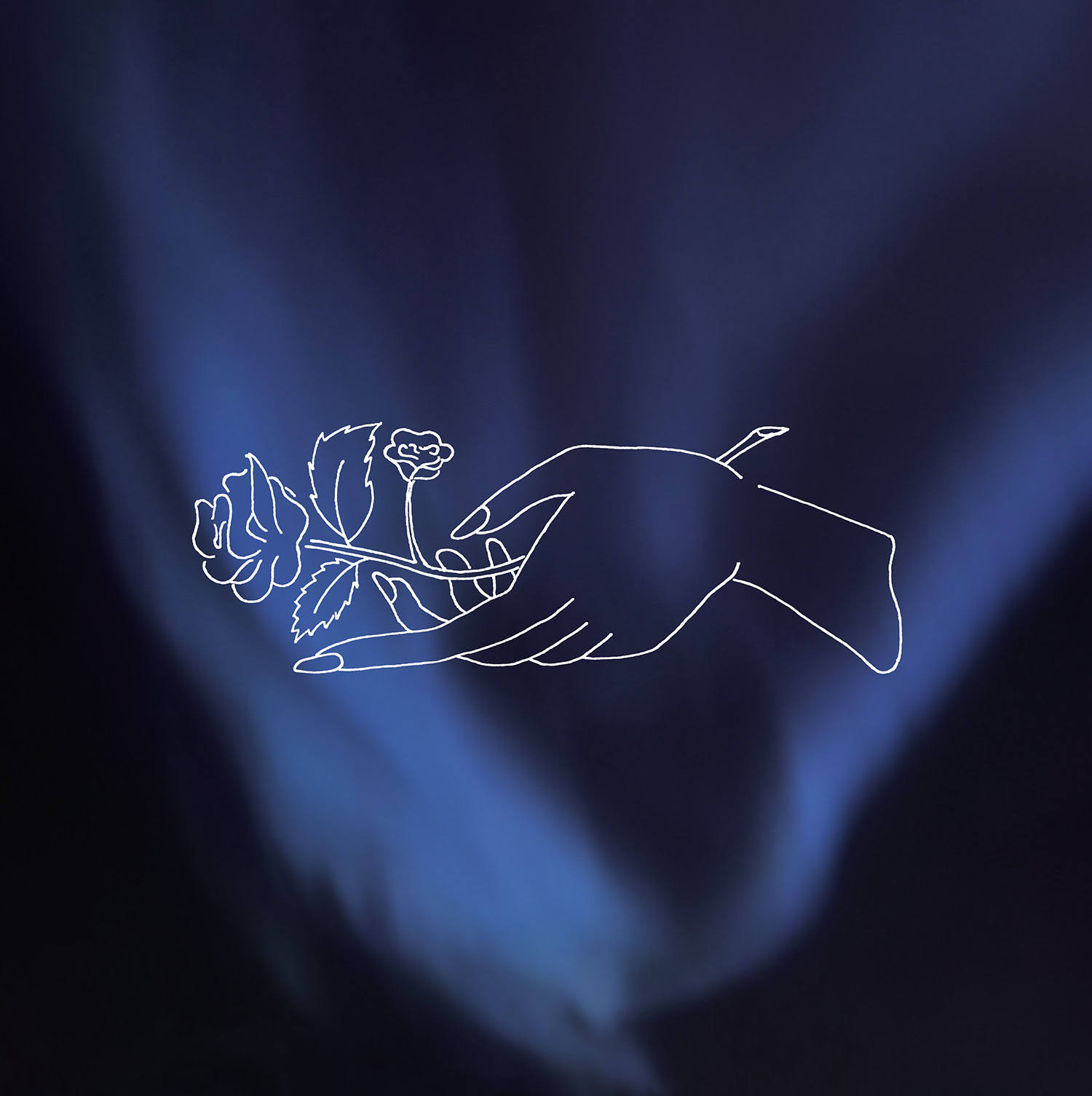 Videos for a Lazy Sunday: NEEDS ‘We Forgot the Records to Our Record Release Show’

The video for Vancouver’s NEEDS follows a day in the life of Van-City punk scene photographer Ryan Rose.

The track is taken from the band’s self-titled debut, out on May 12 via File Under Music.

The band also offered up free streams of ‘Rescue Don’ and ‘The Only Good Condo is a Dead Condo’;

“I’m a 36 year old hipster dishwasher so I sort of have to constantly affirm that my lifestyle is worth it. I wrote it in my head while watching this band Storc play at our record release show, of which we forgot our records to. I was just like “what am I doing”?” frontman Sean Orr said in a statement. “But then the answer is, well what is the alternative? I could be living in the suburbs, where I grew up, and have kids and a boring job like all my old high school friends. It’s very cathartic for me, but its also kind of light hearted. It’s a song about douchebags who bullied me, and so it just made sense to have a guy like Ryan Rose, the antagonist in the video, go from his house in the same suburb that I grew up in, to downtown Vancouver. He is an interesting guy and has a disorder called cleidocranial dysostosis, so I imagine it must have been tough for him growing up there.”

The band’s bassist Glenn Alderson has a picture on his fridge of Orr on the floor screaming into a shoe propped up on a shoe at Orr’s previous band’s final gig. That was the beginning of the new band once guitarists Derek Adam (You Say Party) and Colin Spensley and drummer Devin O’Rourke joined the fold.

“Sean is a very sensitive man,” Alderson said in a statement.

The band retreated to the Noise Floor Studios on Gabriola Island with producer Jordan Koop (You Say Party!, The Courtneys, Needles//Pins). They also took a different approach to recording; instead of taking a live off the floor approach.

“This time we decided to go track by track and really polish these songs, letting every part stand on its own,” Spensley said.

The 10 track effort tackles subjects such as suburban doldrums, urban renewal, the idiocy of punk music, a smoke break, decay and despair.

“But there’s a cleanliness to the destruction,” Orr said.

Catch NEEDS on the following dates;

1. Rescue Don
2. Walk, Cycle or Take Transit Like Jehu
3. The Only Good Condo is a Dead Condo
4. Clowns to the Left Of Me, Dzhokhars to the Right
5. Nag Champion (Smoke Break)
6. N.E.E.D.S.
7. We Forgot The Records to our Record Release Show
8. The Accursed Share
9. We Don’t Know Why We Are Protesting is Why We Are Protesting
10. Did You Just Call Me Lord Fuckhead?

Leave a comment   |  tags: 'Rescue Don', 'The Only Good Condo is a Dead Condo', 'We Forgot the Records to Our Record Release Show', Album cover art, File Under Music, NEEDS, Tour dates, Tracklisting | posted in Music