Australian artist Wave Rider has shared a free stream of the title track from his forthcoming Flash Drive EP.

Wave Rider, aka Tom Purcell, first appeared on the electronic music scene two years ago with his single ‘Stoopid/Rock U Tonite’;

He has provided support for Disclosure, Chromeo and Porter Robinson.

His fusion of Jersey Club and hip-hop brought him to the attention of Future Classic, who will release his debut EP, the follow-up to his single ‘Streamers’. His remixes of Ryan Hemsworth, Duke Dumont, Foster the People, Flight Facilities and Panama have received close to 10 million plays on his Soundcloud. 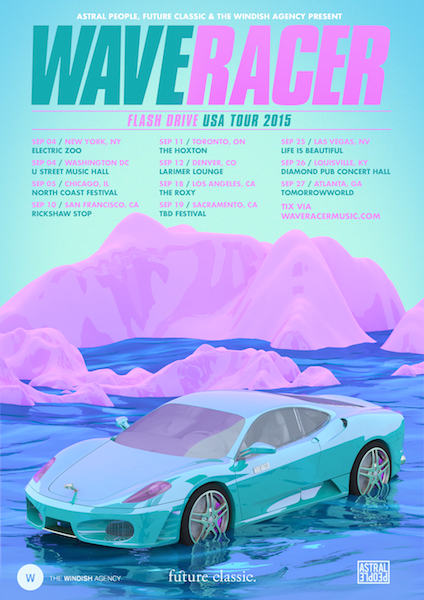 This entry was posted on Friday, July 31st, 2015 at 9:44 pm and tagged with 'Flash Drive', 'Stoopid', B▲BY, Free streaming MP3, Free streaming MP3s, Rock U Tonite', Tour dates, Wave Rider and posted in Music. You can follow any responses to this entry through the RSS 2.0 feed.
« Stream Hazel English’s ‘It’s Not Real’ for Free
Stream Young Galaxy’s ‘Body’ for Free »