Stream or Download Alesso’s ‘Anthem’ for Free for 24 Hours

Alesso has capped off 2015 by sharing a free stream/download of his track ‘Anthem’ for 24 hours.

The offer will come to an end when he hits the stage at Wynn Las Vegas for the NYE event.

Silverstein have announced that the dates of their spring tour in support of their latest release I Am Alive in Everything I Touch, out now on Rise Records.

They will be joined by Being As An Ocean, Emarosa, and Rarity.

Leave a comment   |  tags: I Am Alive In Everything I Touch, Rise Records, Silverstein, Tour dates | posted in Music

Since launching his Liquid Amber label a year ago along with an EP of the same name, DJ Shadow has been keeping quiet.

He’s been hard at work on his new LP and he’s offering fans a free stream/download of the track ‘Swerve’. The new album promises to be his most diverse effort to date.

Winnipeg folk/roots duo Roger Roger have shared a free stream of ’13 Crows’ from their forthcoming debut album Fairweather, out on January 15.

The sibling duo of Lucas and Madeline Roger turned to their musician/producer/engineer father Lloyd Peterson to co-produce the album. The pair have long harmonized over each other’s songs. They combine Madeline’s magnetic sweetness with Lucas’ unruly charm.

They didn’t always play music together. Lucas first fronted ‘Peg band Modern Man and rebuilt hot rods while Madeline focused on the theatre, kayaking and travel. She created the cover for Fairweather.

Even though they sang together at family campfires, they didn’t officially collaborate until Lucas heard his sister singing her first batch of songs. He grabbed his guitar and his own tunes and the rest, as they say, is history. 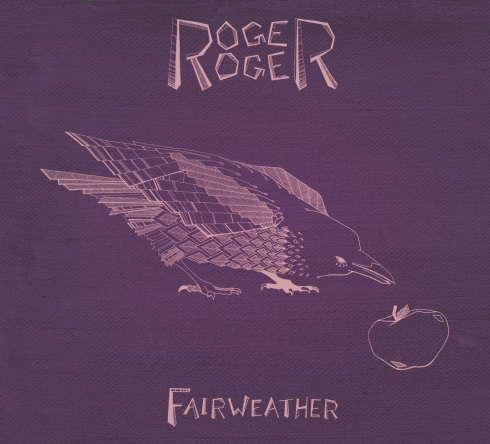 Stream or Download Database’s ‘Get On’ & ‘Oh Yeah’ for Free

Database are finishing off 2015 by offering fans a free stream and download of their track ‘Get On’ as well as the infamous Ugly Edit of Yello’s ‘Oh Yeah’.

To download the tracks for free, click on the embedded Soundcloud file. The house bangers will be a welcome addition to any NYE party mix.

Videos for a Lazy Sunday: Tei Shi’s ‘Get It’

Tei Shi shot the DREAMTIGER-directed video for ‘Get It’ during the summer of 2015 while she was in Montreal working on her debut album.

The track is taken from her Verde EP.

She also shared a free stream of her remix of Years & Years‘ ‘Eyes Shut’;

Despite receiving no promotion, singer Jack Rose‘s cover of Snow Patrol’s ‘Chasing Cars’ helped Rose to garner 26,000 Twitter followers as well as support from a number of media outlets.

In addition to being a singer, songwriter, rapper and aspiring actor, Rose is also a radio presenter, hosting the UK Top 30 Countdown Show on Web-based radio station Hit Mix UK.

The Slick Jackson-directed video for Kirk Knight‘s ‘Knight Time’ finds the Brooklyn rapper lurking around his home turf at night with his Pro Era cohorts in tow.

‘Knight Time’ is the first video from his current release Late Knight Special, out now on Pro Era.

The release of the video for ‘Surrounded’ wraps up a series of videos that includes ‘One for Me’ and ‘Snow in Newark’ from Ryan Hemsworth‘s 2014 debut album Alone for the First Time.

The long-in-gestation video caps off a banner year for Hemsworth that saw him tour, expand his Secret Songs label and release a series of mixes and original songs. Hemsworth released a collaborative EP with Seattle-based producer Lucas as well as unveiling a line of merch via Secret Songs.

Videos for a Lazy Sunday: The Holydrug Couple’s ‘Light or Night’

Chilean psych-rock band The Holydrug Couple shared the video for ‘Light or Night’ from their latest release Moonlust, out now on Sacred Bones Records.

The band also announced the dates of their spring tour;