Stream Benny the Butcher’s Butcher on Steroids for Free

Griselda Records has offered a free stream of Benny the Butcher‘s mixtape Butcher on Steroids.

Malmo, Sweden’s SEKEL have shared the video for ‘Crayons’ from their self-titled debut, out on December 15 on Fuzz Club Records.

“It’s kind of the archetypical SEKEL track for us, personally. Crayons is probably the first song that the four of us created together, and through that process, I guess essentially convinced us to form the band. I actually wrote the song when I was 15 and had forgotten about it until I stumbled upon it one day by chance in an old notebook that I brought with me to a rehearsal. Its simplicity and lack of structure was perfect for us to mould into what we had envisioned, and it immediately became a point of reference for ourselves in terms of what we wanted SEKEL to be about,” vocalist Markus Mannberg said in a statement.

“I feel that SEKEL’s music is about everyday life – the boredom of doing labour work, shitty weather, endless hours of commuting and so on. And I think their music is more British-sounding than Nordic so with that in mind I decided to use fast-paced, constantly-moving footage of travelling around London. I had already used paint and crayons for video work before they asked me to do the video so I was very happy when the track they wanted a video for was called ‘Crayons’ – I think it works really well,” the vid’s director, Rickard Daun of Flowers must Die, said in a press release.

“We recorded the album in the winter of 2016, we went away to a really secluded cabin in the woods for a few weeks. It was right in the middle of the brutal Nordic winter though so in-between the constant writing and recording, we spent our time burning wood and boiling snow to keep us alive. The album is mostly inspired by our daily experiences, but also by politics, literature, art and travelling. I think those things always inherently influence music but the album is very much a reaction to our own personal pasts – both in music and life in general,” the band said in a statement.

Videos for a Lazy Sunday: Hell’s Addiction’s ‘We’re on the Road Again’

Leicester, UK five-piece Hell’s Addiction have shared a free stream of their new single ‘We’re on the Road Again’.

“This song sums us up. We exist solely to perform live and rock an audience to its bones. It’s who we are, it’s in our DNA. Sure, we love recording but only because it enables us to tour and party with the crowd. We love it loud and we plan to only make it louder,” frontman Ben Sargent said in a statement.

“We can’t wait for folks to hear our new material. It’s the first stuff we have recorded with guitarist Dan Weir and he brings a commerciality to our sound; he brings a polish to our rough diamond – Ha!!” he continued.

Jesse Rutherford has shared the video for ‘Blame’ from his debut solo album &, out now on Columbia Records.

The video finds him confronting his addictions through a hazy pink and green backdrop. 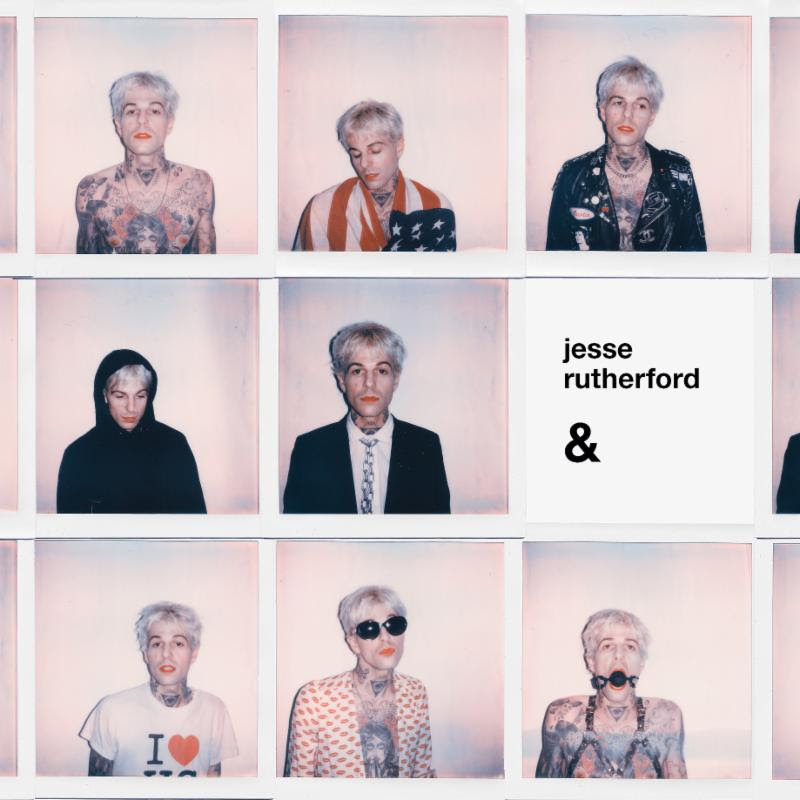 Congolese artist and dancer Flockey Oscor approached BADBADNOTGOOD about creating a video for ‘Cashmere’ from their latest release IV after he used the track in a live performance.

The band agreed and created a clip about romance being interrupted by the political turmoil that has consumed The Congo since civil war broke out 30 years ago. Oscor currently resides in Dusseldorf, Germany.

Videos for a Lazy Sunday: Sevdaliza’s ‘Hear My Pain Heal’

Sevdaliza and Ian Pons Jewell had this to say about the video for ‘Hear My Pain Heal’ in a press release;

“It’s difficult to explain ‘Hear My Pain Heal’ in terms of its narrative, as it came about as a hallucinatory or dreamlike experience. Sevdaliza mourning at these large bare feet, crying for her lost ones, his head covered by the shadows from the tablecloth. A strange synchronous relationship between the director Ian Pons Jewell and Sevdaliza resulted in ‘Hear My Pain Heal.'”

The video is taken from the Dutch-Iranian artist’s latest release ISON.

Videos for a Lazy Sunday: Dirty Machine’s ‘Self Made Hero’

David Leach, the frontman for LA alternative metal band Dirty Machine, had this to say about the video for ‘Self Made Hero’ in a statement;

“We chose to release ‘Self Made Hero’ as our next single, simply because of the current state of the world. Everyone is angry, everyone is divided and “Self Made Hero” is a song that completely contradicts that. It’s about paving your own way and writing your own story. Regardless of what the media, politicians or celebrities want you to feel. The middle class has always been kicked around. More now than ever before. This is their anthem.”

The clip was directed by Ron Thunderwood from 9Electric, whose previous credits include videos from Hollywood Undead, Combi Christ and Stitched up Heart.