LA-based artist Empress Of, aka Lorely Rodriguez,  has shared the self-directed visuals for ‘I Don’t Even Smoke Weed’ from her latest release Us, out now on Terrible Records.

The video finds her performing in front of crowd at a warehouse party with her own distinctive dance moves and vocals.

The new album finds Rodriguez shifting her focus outwards and building a sense of community with listeners as well as collaborating with other artists such as Blood Orange and DJDS.

She recorded Us all over Southern California. From a studio with no windows to one in her home of Highland Park, it also included a studio with, “A really loud cricket. He was there, like, all month,” Rodriguez said in a statement. “And I was trying to track vocal tracks and he’d be like, CHIRP, CHIRP!”

It marked the first time she recorded an album in isolation. She would later invite collaborators Blood Orange, DJDS and Spanish electronic producer Pional. Us remains a showcase for Rodriguez as a producer and lyricist, though she remains modest.

“Lorely plays every instrument half-assed,” she said, “Put that in the bio.”

She also remains coy about her songwriting process as well; “I don’t write out chords for my songs. Everything is intuitive in production. I don’t have one piece of sheet music for my songs,” Rodriguez said.

Though she received help from her friends, she estimates she produced 70 per cent of the album. Rodriguez also feels frustrated that the media fixates on her jazz music education since she feels that singing to Celine Dion and Mariah Carey in her living room were far more formative. She also lists her mother as another influence.

Her debut album’s title, Me, was deeply personal, so much so that she admitted that performing the songs live was difficult.

“It was, like, every day, just giving myself to the audience,” she said.

Rodriguez aims to shift this dynamic on the new album, creating an equal exchange of energy between her and the listener.

“It’s not just love songs. It’s about different experiences of the heart,” she said. “I want it to be like a mirror, and [the audience] sees a little bit of themselves in every song.”

Empress Of also announced the dates of her North American and European tour; 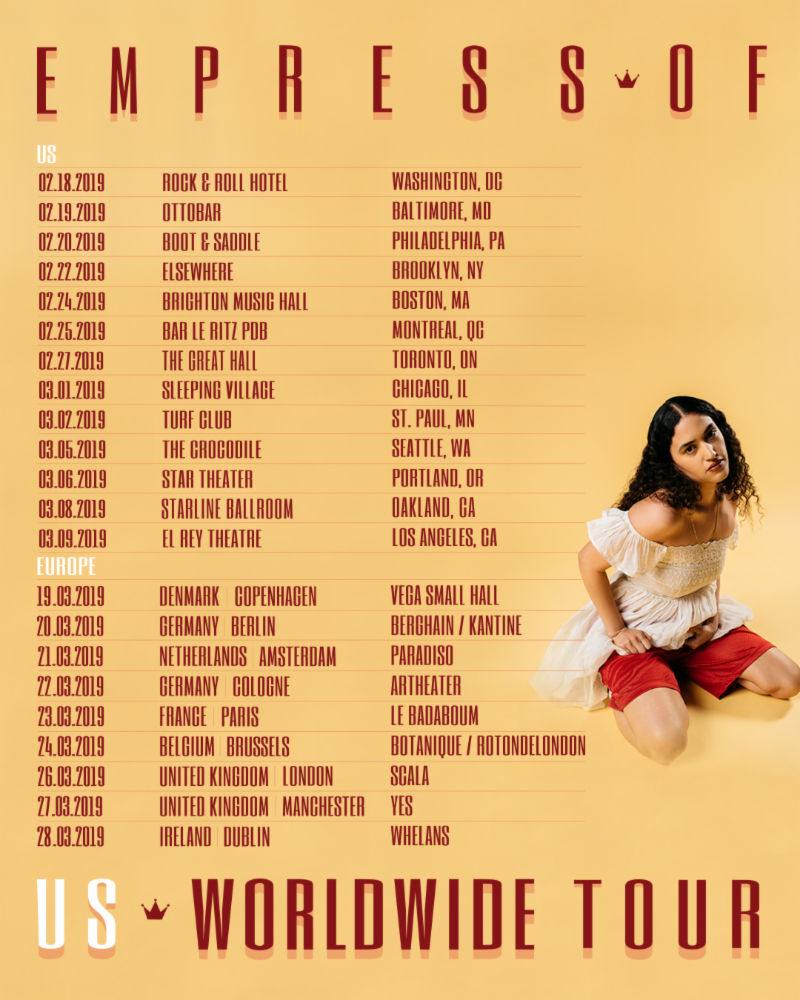 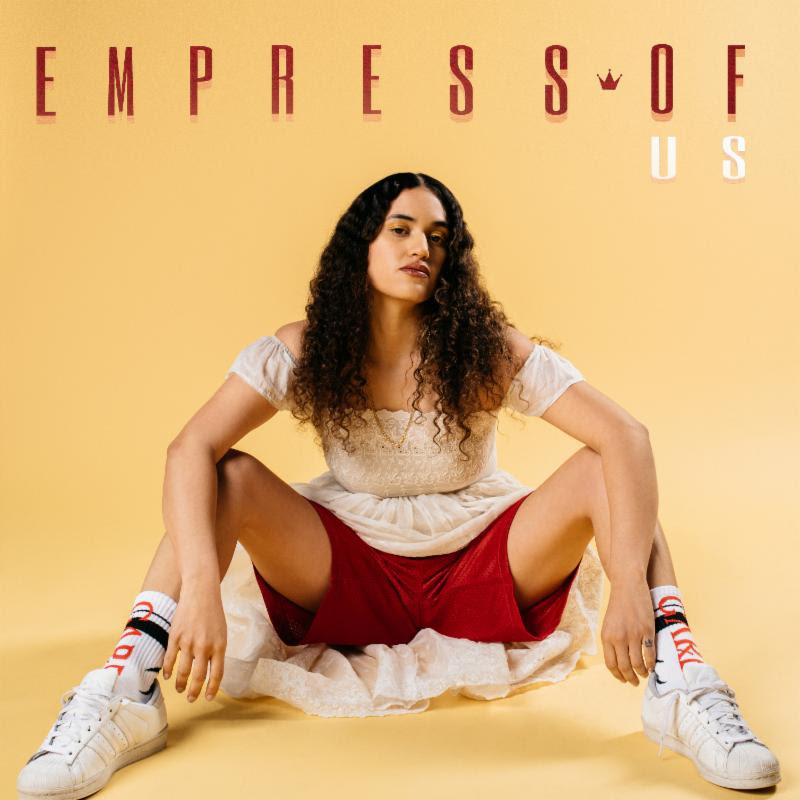 This entry was posted on Thursday, October 25th, 2018 at 6:52 pm and tagged with 'I Don't Even Smoke Weed', Album cover art, Empress Of, Terrible Records, Tour dates, Tracklisting, Us and posted in Music. You can follow any responses to this entry through the RSS 2.0 feed.
« Stream Rosemary Fairwether’s ‘MTV’ for Free
Stream The Fame’s ‘Wide Awake’ for Free »