Vancouver-based roots musician Buckman Coe has shared a free stream of ‘Endlessly’, the third single from his forthcoming album Gathering Storm, out on February 22.

“This song started with the extremely catchy ‘oooh’ section in the chorus and a few delirious late nights jamming after reminiscing and rewatching some of my favourite mind-melting movies about identity, and soul connections over lifetimes,” Coe said in a press release.

The track features an appearance by Portland-based singer Lynx. It explores the connection between souls over different lifetimes. It’s the musical equivalent of movies like Cloud Atlas and Mr. Nobody.

Coe also offered free streams of the album’s title track and ‘Be Free’ ahead of Gathering Storm release. 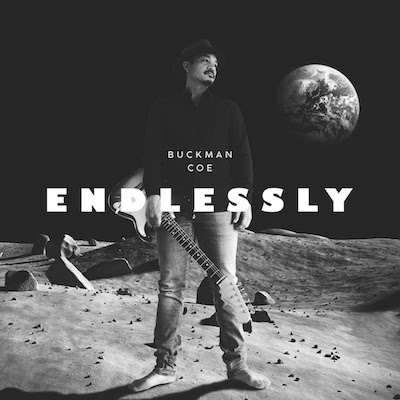 This entry was posted on Wednesday, February 6th, 2019 at 5:49 pm and tagged with 'Be Free', 'Endlessly', Album cover art, Buckman Coe, Free streaming MP3, Gathering Storm, Lynx, Tour dates, Tracklisting and posted in Music. You can follow any responses to this entry through the RSS 2.0 feed.
« Stream Leah Voysey’s ‘Poison’ for Free
Stream Videocean’s ‘Genes’ for Free »