Montreal’s TOPS enlisted some of Los Angeles best celebrity impersonators for the video for ‘Petals’, the first single from their forthcoming album Sugar at the Gate, out on June 2 on Arbutus Records.

The clip was directed by the band’s singer Jane Perry.

The band decamped to LA to record Sugar at the Gate at “Glamdale”, a mini-mansion and former brothel located in Glendale.

“Living in LA was living out a teenage fantasy, living with your band and practicing in the garage. It was also the first time we’ve ever had that much space to make music. I took the experience of living LA as a challenge to make music that I know is real to me, in the sense of it feeling true and containing true feelings, but also recordings of great songs, the real thing,” Perry said in the statement.

While the band was living and recording in Glendale, she also learned to drive in the parking lot of Forest Lawn Cemetery.

TOPS will kick off a tour on the same day their new album is released; Stream TOPS’ ‘Hollow Sound of the Morning Chimes’ for Free

Jane Penny, lead singer of Montreal’s TOPS, had this to say about ‘Hollow Sound of the Morning Chimes’; “‘Hollow Sound Of The Morning Chimes’ is loosely about addiction, or maybe not addiction but definitely weed. It’s about the way you spend your time and the way built up memories and patterns make it hard for people to change. We wanted the song to be beautiful and heavy.”

The song can be found on their current release Picture You Staring, out now on Arbutus Records.

Catch TOPS on the following dates;

Montreal’s TOPS have shared the visually intimate video for ‘Sleeptalker’ from their current release Picture You Staring, out now via Arbutus Records, and the dates of their upcoming tour;

Videos for a Lazy Sunday: TOPS’ ‘Outside’ 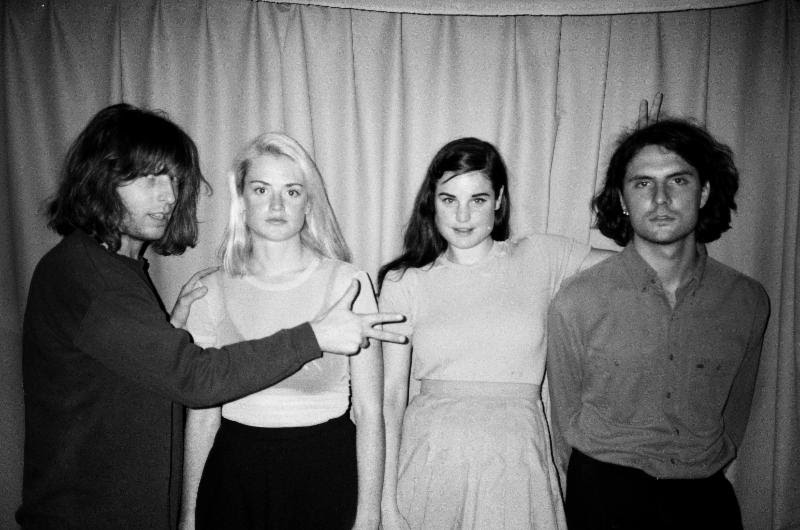 Jane Penny of Montreal’s TOPS stars in the interactive video for ‘Outside’ from their current release Picture You Staring, out now on Arbutus Records.

Check it out here.

“‘Outside’ is one of my favourite tracks! It carries such sublime simplicity and unity, like a well-curated collage or painting of sounds,” director Fantavious Fritz said in a statement. “This website came out of a desire to experiment with the internet as a medium and visually portray this idea of collage with video / performance. In ‘Outside’, the internet serves as a canvas for play with colours, shapes and moving kinetic form, allowing for many different viewings of the piece.”

Videos for a Lazy Sunday: Tops’ ‘Outside’

Montreal’s Tops have unveiled the video for ‘Outside’ from their current release Picture You Staring, out now on Arbutus.

The band is currently on the road;

Stream Tops’ ‘Outside’ for Free

Montreal’s Tops had this to say about ‘Outside, the latest single from their forthcoming sophomore album Picture You Staring, out on September 2 via Arbutus Records;

“‘Outside’ came about when we were messing around playing this Phil Lynott demo ‘One Wish’. The vibe stuck, but the song turned into something else completely. It gets into the feelings that guilt causes, the loneliness of uncertainty, being lead to feel weak and angry, and finding the strength to do what you want to do anyways. I remember this song really coming together last fall and it matching the season really well, at least for me.”

Stream Tops’ ‘Way to be Loved’

In addition to sharing a free stream of ‘Way to be Loved’ , Montreal’s Tops have also announced that they will release new album Picture You Staring on September 2 via Arbutus Records.

Catch Tops on the following dates; 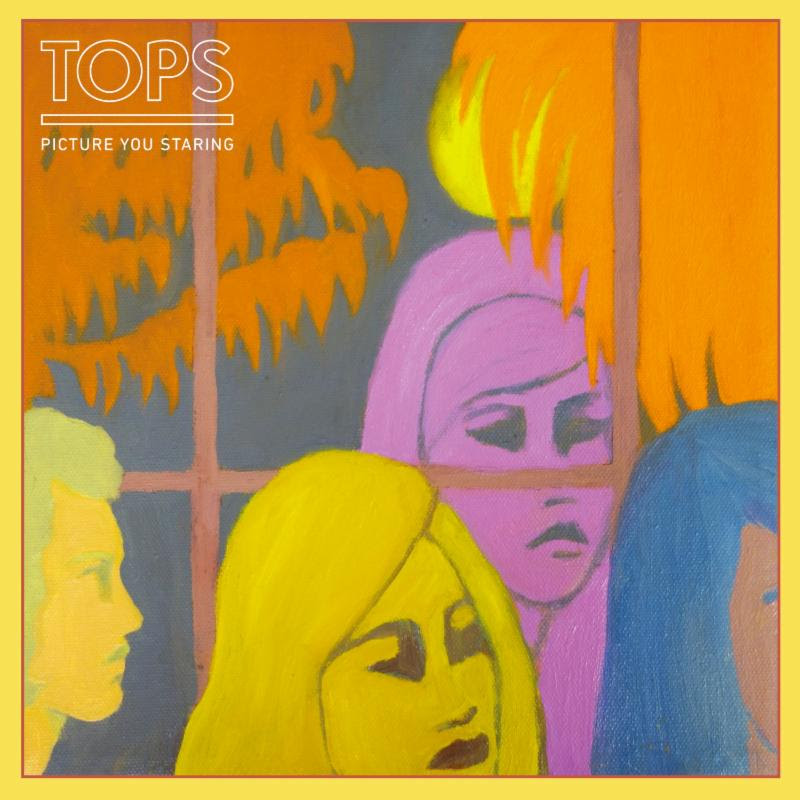 Montreal four-piece TOPS have shared a free stream of ‘Sleeptalker’ from their Change of Heart/Sleeptalker 7″.

The two singles are taken from their forthcoming record Picture You Staring, release date TBA on Arbutus Records.

Catch TOPS on the following dates;Picture

Lydia Ainsworth has unveiled the video for ‘Malachite’ from her Right From Real – Pt. 1 EP, out now on Arbutus Records.

Ainsworth had this to say about the vid; “The video for Malachite is directed by my dear friend and long time creative collaborator Matthew Lessner and is choreographed by Propeller goddess and international Waacking champion Princess Lockerooo. Shot over a sweltering NYC summer weekend my friends pulled together their talents through a collective 105 degree trance. Only one one-of-a-kind Swedish camera was harmed (melted) but the footage was salvaged! Much love to everyone involved, the stray cats of Gowanus, and the full moon.”

Ainsworth has been secretly writing music in basements and bedrooms in Toronto and Brooklyn. What began as a way for her to pass time between composing music for film and multimedia projects transformed into experimental pop songs over the course of three years. The music blurs the line between indie, electronic, cinematic and orchestral.  The EP is the follow-up to her debut Right From Real and draws on a diverse range of influences including Verdi’s Requiem, Ace of Base, Bulgarian Choirs, Bernard Herrmann, Tones on Tail, Art of Noise and the list goes on.

She brings these seemingly unrelated influences together, using vocal samples and string arrangements in her minimalist songs.

“As I listen to the finished album I am reminded of the immense comfort I felt in the obscurity of it’s destination,” Ainsworth said in a statement. “I became entranced by the evolving process that took shape within those invisible tactile walls of tradition. Whether I was sampling instruments/ writing lyrics/ incorporating lyrics by my pen pal Matthew/ recording multiple arrangements for each song – stripping them down – building them back up – I was guided only by a relentless instinctive urge to express what I could not in waking life. The songs approach dreams, thoughts, and inspirations that demand a search for the unknown, a search for something beyond what the five senses can offer.”

She also shared a free stream of ‘Malachite’ and ‘White Shadows’ from the EP;

Catch Ainsworth on the following dates;

Videos for a Lazy Sunday: TOPS’ ‘Change of Heart’

Montreal’s TOPS‘ have unveiled the video for ‘Change of Heart’ from their forthcoming Change of Heart/Sleepwalker 7″ single, out on June 23 on Arbutus Records. Both songs are also available on their current release Picture You Staring.

The band had this to say about the vid; “In March TOPS went on a US tour with Calvin Love. We borrowed a camera from our friend and recorded all of the fun times, the mundane times, friends we ran into, friends we met, and some total strangers. A lot of the footage was filmed at a house we rented with 8 other people during SXSW, and the rest is just being on the road or fucking around at shows and in motel rooms. Big thanks to all the friends that made it in, shout out to Sean Nicholas Savage, Calvin Love, Empress Of, Dylan III, Moon King. RIP ATH. Love, TOPS”

TOPS is equal parts girls and guys with singer Jane Penny giving voice to the silent girls who exist on the edges. It’s disillusioned yet honest and unpretentious. David Carriere’s guitar and Riley Fleck’s drumming compliment is perfectly.

The single was written, recorded and produced at Arbutus’ studio in Montreal.

Catch TOPS on the following dates; 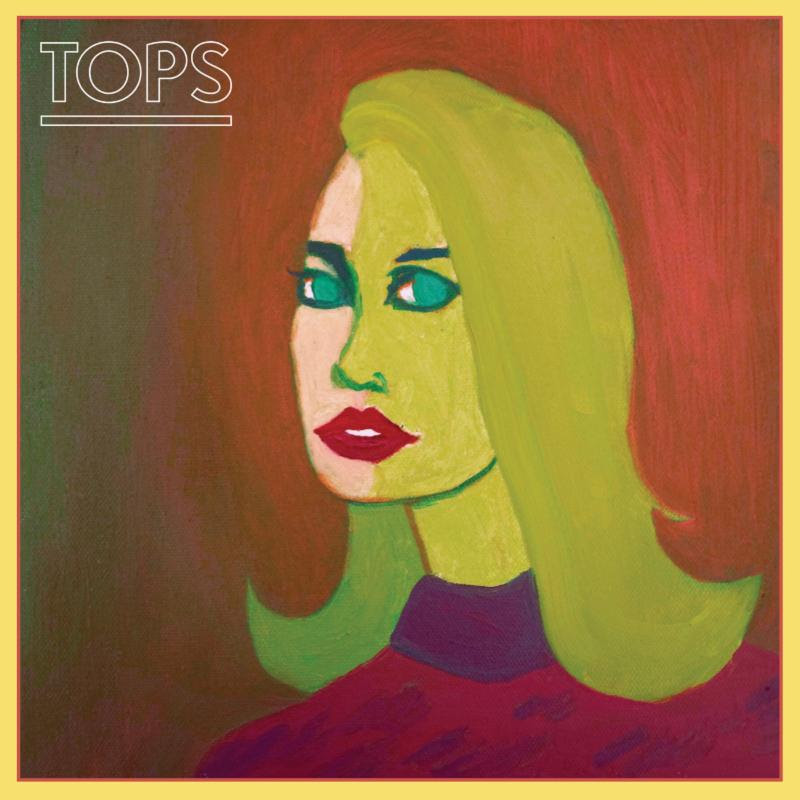