Toronto’s Grandtheft and Delaney Jane recorded an acoustic version of their single ‘Easy Go’ for Cloudkid.

They also shared a free stream/download of the track;

The track, out now on Mad Decent, has earned Grandtheft over 10 million plays on Spotify as well as praise from major media outlets and airplay across the US, both on radio and online. The NSFW official video for ‘Easy Go’ was released in January 2017;

He also shared a free download of his remix of The Weeknd’s ‘Starboy‘.

Catch Grandtheft on the following dates;

Diplo and Sleepy Tom have shared a free stream of their Be Right There Remixes EP, out today on Mad Decent.

The original version of the track, which sampled 90’s R ‘n B band Jade’s hit ‘Don’t Walk Away’, received over 55 million plays online.

Videos for a Lazy Sunday: Yellow Claw’s ‘In My Room’

Yellow Claw‘s Jim Taihuttu directed the video for ‘In My Room’.

The clip takes place at an epic party and features DJ Mustard as well as Ty Dolla $ign and Tyga.

The track is taken from their current release Blood for Mercy; out now on Mad Decent and streaming for free below;

Italian DJ/producer Big Fish has shared a free stream of his US debut ‘Midnight Express’, out now on Mad Decent/Jeffree’s.

The two track release features the booming dancefloor-ready ‘Don’t Say You Love Me’, which sees him reuniting with Aquadrop and the more organic but still dancefloor-friendly ‘Theron’.

The video for the title track from UK producer and multi-instrumentalist Daktyl‘s album Cyclical matches the song cycling back and forth between love and pain. It features vocals from Texas singer SPZRKT.

He’s also offered a free stream of the album, out now on Mad Decent;

Videos for a Lazy Sunday: Party Favor’s ‘Bap U’

Hollywood stunt co-ordinator Garrett Warren directed the video for Party Favor‘s ‘Bap U’ sees the the Bap Squad, Party Favor, Diplo, Ookay and ETC!ETC!, as they cruise around LA and “bap” annoying people and help anyone who needs it. The vid also features appearances from Seth Green, TJR, Brillz and Manny Streetz.

The single is out now on Mad Decent and Jeffrees and has already garnered 1 million plays.

To celebrate its release on Mad Decent, Diplo has shared a free stream of Random White Dude Be Everywhere.

RWDBE is a collection of Diplo’s biggests singles from the past year along with five remixes and two new tracks featuring his collaborations with Waka Flocka Flame, Yellow Claw, Alvaro and more. The comp features ‘Express Yourself’, ‘Boy oh Boy’ and his top-40 hit ‘Revolution’.

He also recently added TV host to his CV with VH1’s ?uestlove-produced show Soundclash. Check it out here and catch the next episode on Wednesday July, 30 with guests Sia, TI and Grouplove.

In addition to unveiling the SFW video for ‘Freak’ featuring Steve Bays of Hot Hot Heat, Diplo, Steve Aoki and Deorro have also unveiled the NSFW version of the video.

The track is taken from Diplo’s forthcoming compilation Random White Dude Be Everywhere, out on July 29 via Mad Decent.

The intro to RiFF RAFF‘s new album NEON iCON, out now on Mad Decent, has received an accompanying video.

Toronto’s Zed’s Dead has shared a free stream of their new EP Somewhere Else via Spotify ahead of its July 1 release date on Mad Decent. Check out the video for ‘Lost You’, featuring D’Angelo Lacy and Twin Shadow, below; 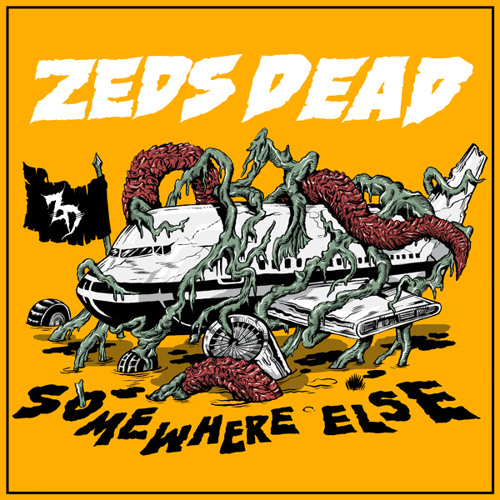 6. Zeds Dead & Dirtyphonics – Where Are You Now (feat. Bright Lights)