Royal Canoe frontman/multi-instrumentalist Matt Peters had this to say about their latest single ‘Peep This’ in a press release;

“’Peep This’ is a song about going through a process of re-evaluation in a relationship. As the years go by, you’ve both clearly grown as people, but how has that impacted your partnership?  The more you look outward though, the turbulent uncertainty overwhelms and you can’t imagine letting go. You find yourself awash in desperate energy as you realize how much you depend on each other to stay afloat – how could you make it alone?

One of my favourite, serendipitous moments from the recording of Waver comes from this song… at some point while we were working on the session in ProTools the acoustic drums accidentally got nudged backward a tiny amount relative to everything else for a portion of the song (definitely some sloppy mouse-clicking in-play). All of the electronic drums, keys, bass were still ‘in time’ which created this great grinding sensation where the drums feel like their tripping off the back end of the pocket. It’s a subtle shift and only occurs at the end of the 2nd and 3rd chorus’, but it makes me feel like the floor is tilting.”

The band has offered a free stream of the track. This follows the release of the first single ‘RAYZ’ from their forthcoming album Waver, due out on January 19, 2019 on Paper Bag Records;

The new album found the band entering new territory, following the seed of inspiration for each song through completion then deconstructing and rebuilding each track.

Sonically, Waver is influenced by pop, rock, R&B and hip-hop. The instruments on the new album are centered around the vocals.

“As we continued to peel back the layers, the lyrics struck a more personal tone, but the things we found ourselves reacting to were less nostalgic than on previous records,” Peters said.

Royal Canoe also announced the dates of their winter tour of Europe, North American dates will be announced soon; 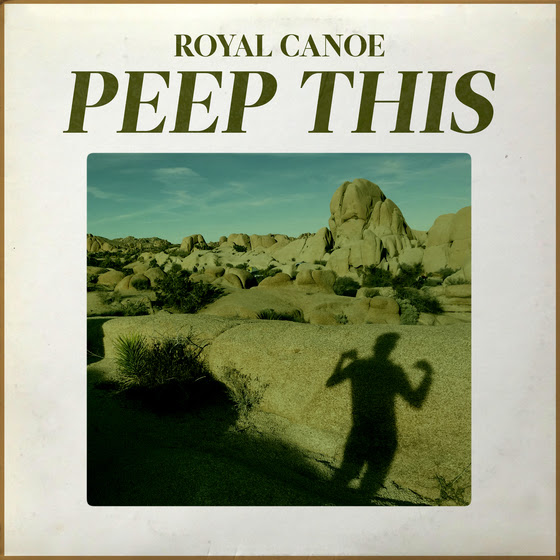