Irish-born, London-based artist Blooms, aka  Louise Cunnane, has shared a free stream of her track ‘Lust’ from her forthcoming EP If, due out on Dusk Dais Dawn in late April, release date TBA.

“Lust is the opening track of “If” because Lust consumes you, Lust takes over your mind before your heart has a chance to catch up. It’s a hard feeling to ignore and can catapult you into something you’re not ready for. The rest of the EP is about dealing with giving into those feelings and what happens when they turn to love and to heartbreak,” Cunnane said in a statement.

Her tracks ‘Skin’ and ‘If I’ are also streaming for free;

The Ryan Reichenfeld-directed vid showcases LiveAudio‘s three-dimensional sound, available on Jambox. It was recorded “binaurally”. The process places microphones within a human dummy head for an immersive 360 degree field of sound. The listener actually feels as though they are in the room during the performance.

Fast Romantics look the idea of death right in the face in the video for ‘Afterlife Blues’, the title tracks from Howard Redekopp-produced 2013 sophomore album.

The quirky video is filled with colourful and unique characters who will make you question life after death.

“Death can be a dirty word when you’re making pop music, but that’s kind of funny because death is one of the most universally pop concepts out there, seeing as how it happens to everyone. “Afterlife Blues” is a make-believe imagining of what happens when you die. Whether you’re celebrating a life well-lived, or you’re all full of lamentation and regrets… one thing’s for sure: death is gonna be weird,” the band said in a statement.

Since forming in Calgary in 2008, Fast Romantics have amassed a following thanks to their live shows and appearing at many major festivals including Virgin Fest, SXSW, NXNE, and CMJ. Their music has also appeared in TV shows including Shameless, Breaking In, Vampire Diaries, and Pretty Little Liars.

The band has been nominated for Pop Artist/Group or Duo of the Year at the Sirius XM Indies and they are currently on the road;

Videos For a Lazy Sunday: The Bixby Knolls’ ‘Runnin’ and Runnin”

The Bixby Knolls have shared the video for ‘Runnin’ and Runnin” from their debut LP Near and Undear. The Steven Soria-directed video was shot in Joshua Tree.

The band cut their teeth on hometown shows and tours to Mexico since forming in 2009.  They recorded their debut album at Sound Factory Studios in Hollywood with  producer Joe Cardamone (The Icarus Line) and engineer Greg Gordon (Shooter Jennings, The Dandy Warhols, Oasis).  The band’s sound encompasses everything from The Replacements to 60’s Motown.

They’ve shared the stage with The Vaccines and Swervedriver. A tour of the US is currently in the planning stages as an EP that they will release later this year.

In addition to sharing the Jason Harvey-directed video for ‘Buttercup’ from their forthcoming self-titled debut EP on Buzz Records, Weaves have also shared a free stream of the EP;

That also shared a video of a live performance of ‘Hulahoop’ for Scion Sessions;

The EP was produced by Dave Newfeld whose style, idiosyncrasy and enthusiasm matched the band’s perfectly. With Newfeld’s help, they were able to expose bits of life and spontaneity in their music that they always strive for. Singer Jasmyn Burke’s voice is the element that holds the band’s music together, fluttering and tumbling with the music. Even though it sounds like like it might come apart at any moment, they bring it all together with gusto and huge hooks.

Weaves is a guerilla project that forces its members to step out of the comfort zone of a four-piece band. They wanted to avoid hiding behind a wall of reverb or becoming involved in any one particular scene. They wanted to focus on pop sensibilities while creating a visual and vulgar experience.

Burke and bandmate Morgan Waters were sick of making music. Burke has just left her band Rattail and wasn’t sure if she wanted to continue. Waters had become disillusioned with pop music and found himself longing for a sound with more grit. Their passion for music was reinvigorated after a chance meeting and sharing demos cellphone demos. The combination of Burke’s topsy turvy tunes and Waters ear for pop hooks meant that songs could maintain a level of fun, arty, noisy weirdness  yet still be accessible.

Cork, Ireland artist Talos, aka Eoin French, has unveiled the Brendan Canty-shot (Feel Good Lost) video for ‘Tethered Bones’. The video for this delicate slice of dream pop is chilling. It was produced by Ian Ring of Young Wonder during an extended studio session in 2013.

“It’s a love song, about how a relationship can engulf and transform you: what it can and does take away. What you lose and what you gain,” French said in a statement.

“From the start, Talos and ourselves had a strong idea about a music-meets-cinema collaboration. I loved the challenge of taking what Eoin wrote and re-interpreting it – the lyrics I latched onto were around this idea of someone being so isolated and alone but at the same time being so smothered and attached to someone. It reminded me of stories I had read about Stockholm syndrome – the unusual relationships and bonds victims develop with their kidnappers,” Canty said in a statement.

Lillian Todd Jones has unveiled the video for ‘Perfect’.

Ian & Cooper had this to say about directing the video for Norwegian artist Mr. Little Jeans‘ ‘Good Mistake’; “We fell in love with ‘Good Mistake’ the first time we heard it. It has such a palpable mood and energy, and there’s something inherently cinematic about it. Monica (Birkenes) was looking for something atmospheric and a little dark, and from there we came up with this abstract narrative about a hardened truck driver rediscovering his childhood over the course of a surreal night. We shot at a real truck stop in the desert between LA and Vegas-in pouring rain-which helped lend some grit to this strange world.”

The vid is a single from Mr. Little Jeans’, aka Monica Birkenes, forthcoming album debut Pocketknife, out now on Harvest Records.

“It is small but has a million uses. It can open locks, cut ties and be used as a weapon or even for first aid,” Birkenes said in a statement.  “I see it as an extension of yourself that symbolizes strength, intelligence and courage.”

The title for the album comes from a line in ‘Good Mistake’.  The metaphor extends to the music found on the album, an interplay between light and dark. The breathy vocals co-exist with dark synths. The songs on the album are deeply personal and riper for interpretation. They’re about ambition, dreams and living with no sunlight.

She took the Mr. Little Jeans moniker from a bit character in Wes Anderson’s Rushmore.  She’s best known for her cover of Arcade Fire’s ‘The Suburbs’. Her music has appeared in commercials for Honda and TV shows such as  Gossip Girl, and in several movies, including 21 Jump Street and Celeste and Jesse Forever. She also recorded songs for film soundtracks such as Iron Man 3.

“I like trying to capture the mood and intent of somebody else’s story,” Birkenes explained in a statement. 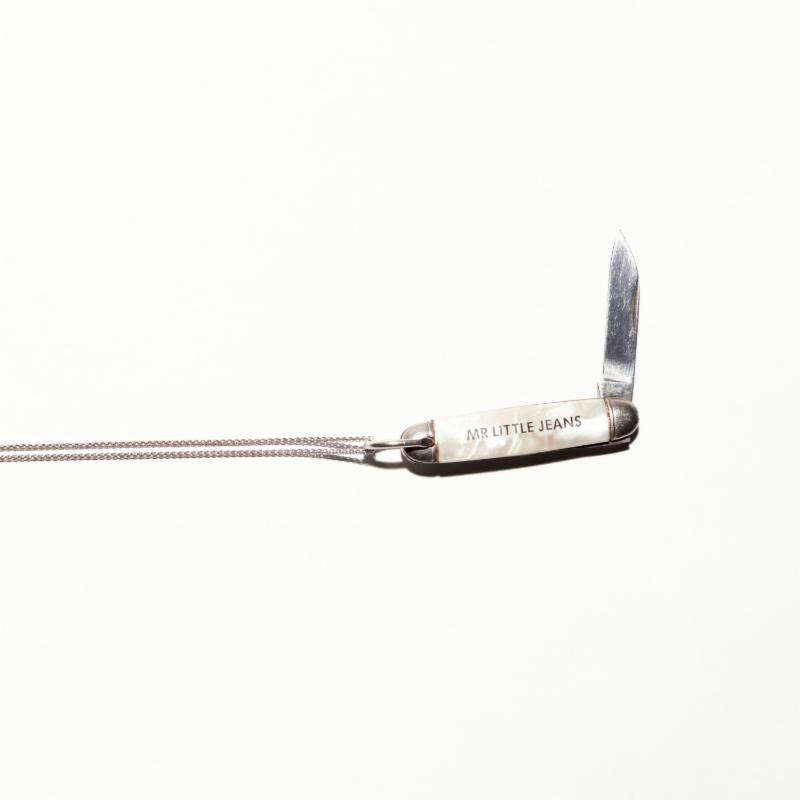 In addition to unveiling the short but sweet video for ‘Sheltered’ from their EP Sugar Coated Pills of Wisdom out now on Papercup Music, NYC duo Bluffing have also shared a free stream of the EP and announced their upcoming live dates;

Videos For a Lazy Sunday: The Rising Few’s ‘I Want You Now’

Montreal rockers The Rising Few have unveiled the video for ‘I Want You Now’ from their debut album Sinners on St. Laurent, out now.

”Finally a songbook to reflect that scene we got here in Montreal, an album that honestly and sincerely depicts the sultry colours of Monty by night…and the morning after! To be able to catalogue my time and experience coming here, to engage the youth with an emancipation in songwriting is more than the life I wanted for myself, I am finally comfortable and it all starts with this album,”  singer Karim Terouz said in a statement.

Leave a comment   |  tags: 'I Want You Now', Sinners on St. Laurent, The Rising Few | posted in Music